I grew up in the 80s, which means that my childhood included a few trips to the arcade. We didn’t have an Atari 2600 in my house, which was probably a good decision by my parents. However, on occasion I did make it to the arcade with a few quarters in my pocket. I had a few favorites, but I wouldn’t say that I was an expert. You knew who the hardcore gamers were back then. Those were the guys who were camped out at a video game with a long string of quarters lined up at the base of the screen. Your quarter was not going up anytime soon.

There have been many things over the years that I have tried to teach my son. Some lessons are obviously more important than others. We have done a few projects around the house, and we have engaged in plenty of leisure activities. Our family does play a few modern video games, but I decided that it was time to kick it old school and teach him about the classics. It was time to teach him about Pac-Man. I can’t really explain to him the cultural conditions that made this game so popular, particularly since my explanation would sound like one of those “when I was a kid, we walked uphill both ways to school in the snow and we were grateful” stories. You also consider teaching  your son to play some of the best online games at http://27.124.27.124. With this, he will have an idea on how amazing online games work. As a result, he will gain a lot of benefits. According to studies, playing video games actually have some mental benefits to kids as opposed to what of the claims of other people about it. 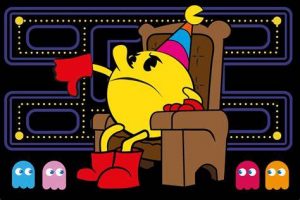 A sampling of quotes

I obtained a copy of Namco Museum for the Playstation 2, which is a gaming system that has now been banished to the garage due to being out of date. We fired up Pac-Man and I handed my son the controller, as memories from my childhood came flooding back. I was never particularly good at this game, so I was curious to see how he would do. His quotes were interesting. He said:

No kidding, son. You see, back in the old days, video games used to be quarter-gobbling challenges, and there weren’t any cheat codes or countless restarts to help you get to the next level. You had to rely on your quick reflexes and an endless supply of quarters.

“You mean I have to eat ALL the dots?” 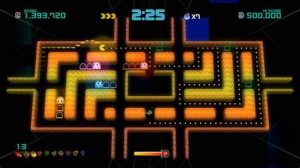 I’m afraid so, son. Not only do you have to eat all the dots, but also Blinky, Pinky, Inky and Clyde are going to be hot on your trail. You had better get moving. This game is unforgiving if you hesitate.

Was the boy impressed? Would the simple graphics and rudimentary styling of this ancient dinosaur of a video game intrigue this modern child that was used to high-definition video entertainment? Surprisingly, the boy enjoyed his journey into the past, at least for a little while. I doubt he would ever commit a lot of quarters to further play, but we did have a moment of bonding.

The technique is established on the logical principles of Chaos Theory. Many people believe that online roulette is a sport in which a random number falls out, extremely few people understand that Roulette is in reality a Chaotic sport. This means that what happens on the on line roulette table can in reality be presumed […]

Tips To Improve Your Chances Of Winning At An Online Casino