While I am a huge fan and love playing poker, I don’t believe poker is a sport much like chess is not a sport. Rather much like chess, poker is a thinking game, a game of skill with a little bit of luck mixed in. Many people who argue that poker is a sport only say so because it has gained popularity and is broadcast often on ESPN which is of course a sports channel.

In order for something to be a sport, physical activity and exertion must be present. Ever see a poker table? The most physical activity there is when someone gets up and walks away or around the table during a tense hand. Sports are things such as track, football, baseball, basketball, hockey, and so forth. But are things like walking or sitting up a sport? After all those activities do involved physical movement and some exertion. Of course those last two aren’t sports either, because what makes a sport is a sport is the combination of competition following some set format or rules combined with physical activity and the skill one applies while engaged in this physical activity. 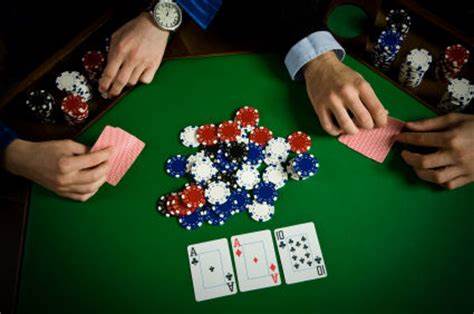 So now we have a clear idea of what classifies some activity as a sport. One, it must contain some level of competition (Although practicing a sport in preparation for competition can be included as well. As for running, even if you do not compete, most likely you are still competing against yourself and your running goals). This competition must follow a standard set of rules and format. For example in football a score is calculated by a set format of points and things such as touchdown are only scored when the ball while in the hands of a player makes it to the designated end zone.

Secondly, this competition must involve some level of physical exertion or activity. That is, one’s success in the sport competition is directly linked to one’s physical talents, energy, and skill in the given sport. Poker lacks this correlation. Poker is a strategic game. For you to win in this game, you really need to have sound and effective poker gaming strategy. You can check some helpful information online on how to become a successful poker but it will still all depend on how good you are in this craft.

Still think poker is a sport just because it is on ESPN? Consider the following. For the longest time cheer-leading was not considered a sport or even an activity worthy of competitive nature. Never mind that cheerleaders physically exert themselves and display gymnastic talents and synchronized movements while cheering on a team because this lacks the aspect of competition. The focus on this debate was on the area of competitive cheer-leading where squads competed against each other via their routines and showing off their level of physical ability, ability to follow choreographed moves, gymnastic skills, and of course energy and enthusiasm. 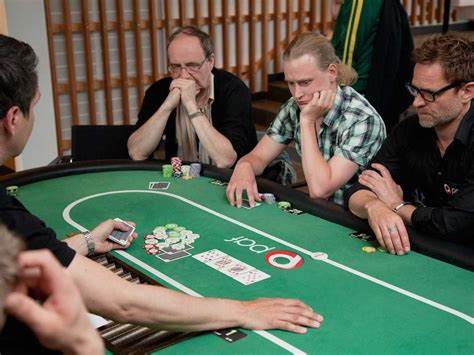 Critics of cheer-leading as a sport cited things that ranged from outright sexism (girls don’t play football do they?) to a lack of clearly apparent scoring and rules (although they do exist). Others said that an activity in which a group of people’s main role is to cheer on other athletes can’t be a sport. But in the end the critics were wrong and cheer-leading became recognized officially as sport due in part to the physical skills of those participating. But poker does not have physical talent or physical skill involved in the competition so it can not find the same loophole in being a sport like cheer-leading has.

People aren’t clamoring to claim chess as a sport, so why the sudden push to make poker an official sport? Part of it is due to popularity or maybe just some people’s desire to claim they play a sport when they are really just adverse to physical exertion. No one is doubting poker’s competitive nature or poker player’s great talent and skills, but this is a competition of mental, social, and statistical aspects; the only sweat here comes from a nervous player.

What is it, playing cards, enjoying poker Pkv Games, or a free blackjack game that draws us? Where you have your own fascination begin gambling and cards? When we think about the cards, we could first childish games like Go Fish or Old Maid thinking, but what about games like online blackjack? Was it a […]

A semi bluff, continuation bet or a positional bet are all useful poker plays. They should be thought through before you put your chips into the pot and used sparingly. There are so many variables in semi bluff betting, that studying multiple specific examples is not a valuable use of your time. It is enough […]