In September of 2019 our country came perilously close to complete economic collapse. Most Americans are oblivious even today about how close we came, what it would have meant for us, and how we got there. Meanwhile, as we watch our leaders shout each other down and argue over major differences not only in policies, but ultimate direction of the country, we are missing what is important.

Next time you hear that capitalism failed us – one needs to understand that capitalism and socialism cannot be blended with any expectation of long term success. The Community Investment Act of the 1970’s and any other program designed to give people something for free is in fact socialism plain and simple. When the Federal Government required the banks to make sub prime loans it was like injecting poison into the free markets.

So where are we now? Well, we have just promised to print enough money to “save” the banks from utter collapse. ( Collapse defined as ” not able to get any money out !” ). Next, we printed more money for General Motors and Chrysler. Next we are looking at insurance companies and States. To understand how all of this is tied together, I suggest you watch this 5 minute tutorial before you read what may be in store for us over the next six to twelve months. The Crisis of Credit Visualized on Vimeo

The Best We Can Hope For: 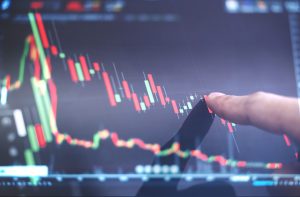 The best we can hope for is that all of this money will jump start the overall economy. The problem is that even if the economy does jump start it can only be a short term solution. Massive amounts of capital pouring into the markets will spur inflation, some say hyper-inflation, that can increase prices in the markets ( commodities like gasoline and groceries ) in multiples of ten and creating an economic bubble that if bursts can bring down the entire house of America.

IF We Fail – What You Can Expect :

The First Signs of failure will show up with the banks. Even after the government has injected billions in new capital, the banks will need more. If you think the real estate bubble was bad – wait until the commercial real estate collapse begins to hit.

Next you can look for insurance companies to fail. This is because insurance companies invest your money in safe markets such as municipal bonds that fund city and state construction projects. As more people become unemployed, state tax rates drop. Dropping tax revenues cause defaults on bonds as seen recently in California and this directly affects retirement and life insurance payouts.

If you have a pension fund as of this writing, it is already dead. Most insurance companies are currently eating their seed money as they struggle to stay solvent because they do not obtain the method of managing the services and funds or deposit just as the Sbobet do and that’s the reason why they are considered more for their features. Look for them to cry for bail outs soon. Annuities will be defaulted back to State insurance funds which will be unable to replenish making the annuities worthless in the end. 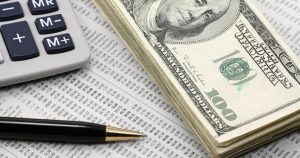 FDIC will eventually not be able to shore up bank failures because of the collapsing commercial real estate markets and PBGC may fail as well as massive defaults on pension payments begin to mount. The failure of General Motors and YRC ( largest trucking company in America ) are prime examples.

As you see pension plan bail out request begin to come in from large companies such as GM and YRC, bar the door and get ready. FDIC in a last ditch effort to keep the banks open will elect to continue funding FDIC even at the expense of Medicare and social security. Debt based funding will cease as China and other lien holders understand what we have done to ourselves.

There is a real probability that when all of this plays out, State governments will not have the capitalization to maintain essential services, sending the country into near anarchy, civil unrest in the streets and a complete meltdown of American Sovereignty in the world.

This picture is so ugly that no one really wants to look at it. After all, this is America, it can’t happen to us. But somewhere in all of this denial is one fact we can’t ignore. The rules of economics 101 have not changed and are just as relative as sure as the rules of physics. Somewhere, someday, everyone has to pay. Hopefully, it won’t cost us our freedom and way of life.

Using A Bankroll In Online Poker – Prepare the bankroll

Factors To Consider While Choosing The Best Online Casinos