Gamers are quirky people. We like to add our own sense of unique style to gaming systems by doing things like purchasing limited edition, game-specific controllers, slathering skins on our consoles and laptops, and giving ourselves player names like “pwninguallday”. Many an accessory maker has hit upon some bizarre controller sheath or flashy-looking recharging station and made a bunch of money by playing online poker with Judi Poker.

So now it seems Nintendo is trying to appeal to all the gaming fashionistas out there by offering a black Wii console bundle(source). The big question is, who is going to buy this thing? I’m guessing not many will find a new color all that compelling.

Let’s look at the reasons Nintendo might be trotting out this black console in the U.S. when other countries have had it for a while. First of all, I think it is a way for Nintendo to get more people to get on board with the Wii Motion Plus accessory. The black Wii bundle is supposed to come with the console, a black controller equipped with Wii Motion Plus, Wii Sports, and Wii Sports Resort. It makes sense to add Wii Sports Resort to the bundle since if it came only with Wii Sports there would be no game you could use the Motion Plus technology with out of the box. 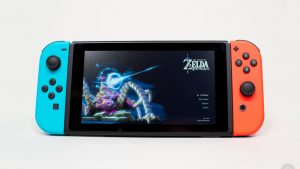 So adding Wii Sports Resort and the Motion Plus accessory adds value to the $199 retail price, but is it going to attract consumers? I’m betting the answer will be no. If you already have a Wii and want to play games that have the Motion Plus feature, odds are you will just buy the accessory and not an entire console, no matter what color it might be.

Let’s also consider the choice of colors. Black is a popular console color and is the default color for most laptops. Perhaps Nintendo thinks that black will add an air of sophistication to a console that is perceived as a child’s system. I personally think just about any other color would have been a better choice except for maybe tan.

The white Wii was unique, like the console itself. Love it or hate it, it looked different than anything Nintendo had ever made. If Nintendo really wanted to come up with an intriguing color change, I would have picked something like gold or silver. Instead, they chose a color that is already the common choice for many systems.

The only people I see purchasing this system are those who have never previously bought a Wii before. Maybe the prospect of a new Mario game, Metroid game, and Zelda game will seduce those few gamers out there who have considered a Wii but never taken the plunge.

If you don’t have a Wii and want to be in an exclusive club(at least in the US), go ahead and get that black Wii. If you already have a Wii and don’t enjoy throwing your money around, you’ll probably want to forgo this edition of the popular game console.

Bingo is one of the most popular gambling games on the internet. It has been popular in Britain for centuries and used to be played in Bingo halls. However, the last few decades witnessed major developments in the game of Bingo. First it moved to the realm of Internet through online Bingo. Online Bingo was […]

Like we all are acquainted with, this best virtual roulette deposit bonuses branch of learning is a thing which we might all use a little knowledge about, with no difference who you are. Ruleta past is not easy to find out because the origin of virtualroulette is unknown. There was pressumably some sort of a […]

Best Bonuses Blackjack Let`s say knowledge is power, then once you have completed this blackjack online bonus publication, you`ll be walking around like Mighty Man if this topic is talked about during a casual conversation. Making more became Gains without Counting the Cards The game of twenty one has some of the most favorable changes […]